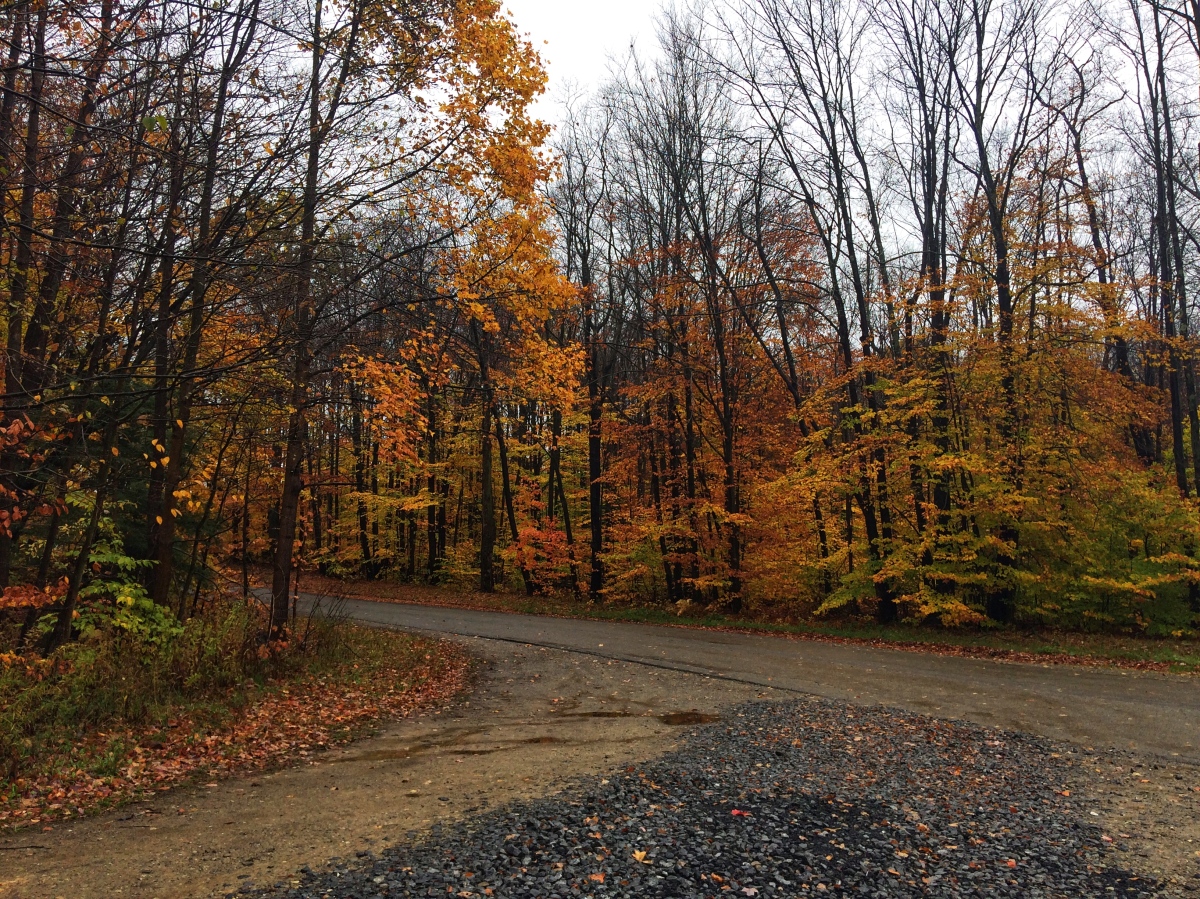 While living in Portland, Oregon, my husband, Brendan, and I spent a lot of time exploring the Pacific Northwest – from the Olympic National Forest to the Oregon Coast to the Wallowas – and had been wanting to do the same for New England.  Timing was always a challenge, though.  So last October, when a friend announced he was getting married in Pittsburgh, we decided to tack a couple days onto the trip to drive through upstate Pennsylvania and New York and do a bit of exploring.  The wedding was a raging success – happy couple, excellent food and drinks, and a full night of shaking our booties on the dance floor at LeMont.  A few of us even snuck in a quick ride on the incline mid-festivities.

After seeing the couple off and saying our goodbyes, we set out from Pittsburgh on a Sunday morning and drove north through the Allegheny National Forest to New York state, catching the tail-end of leaf peeping season along the way.
Fully loaded up on audiobooks and Wait Wait Don’t Tell Me episodes, we meandered along two lane roads and stopped repeatedly for me to take pictures.  After grabbing lunch at the adorable A Slice of the 80s pizzeria, we arrived at Letchworth State Park and spent the rest of the rainy day slowly driving along the ravine.
Originally the backyard of New York businessman and philanthropist William Pryor Letchworth, it was converted into a state park in 1907 after Letchworth gifted it to the park system.
And holy buckets, this place is incredible.  Imagine if we can come just two weeks earlier?  We will be returning (someday) in slightly better weather (without fog or torrential downpour) to thoroughly explore the hiking trails, lodges, and ravines.
The sun was setting as we left the park, so we traded the scenic way for the highway and decamped in Seneca Falls for the night. 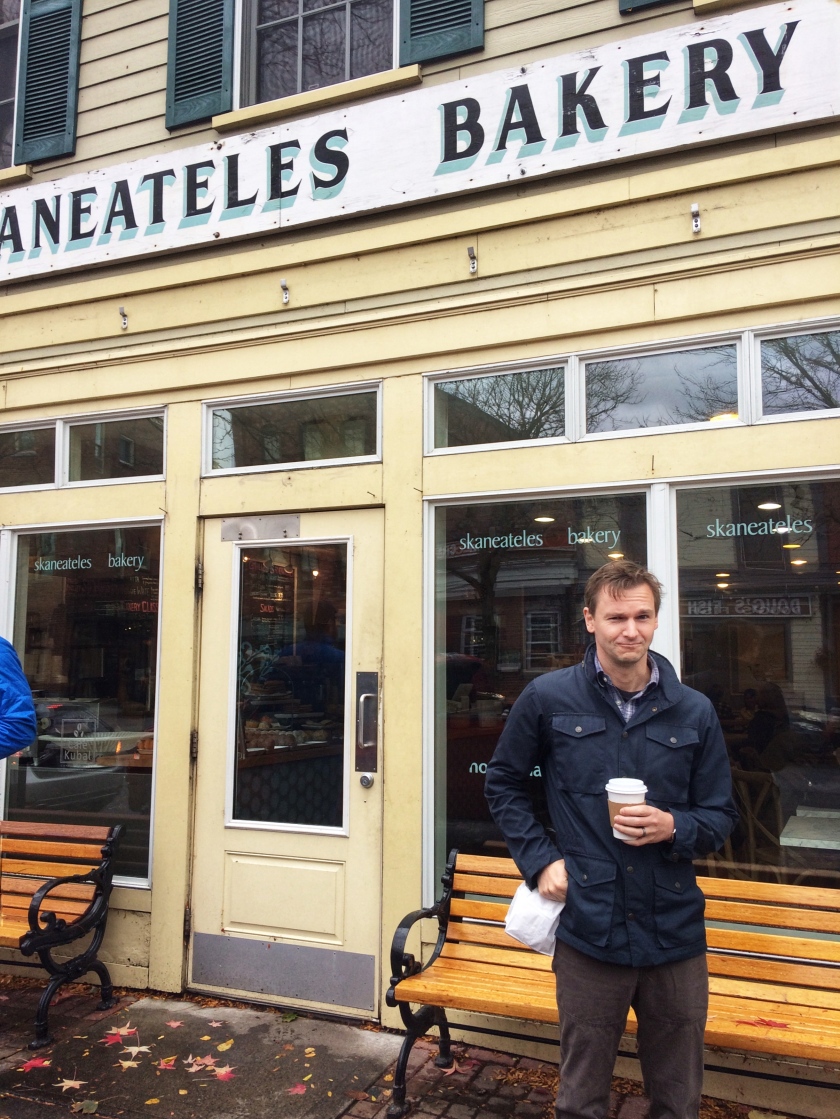 Monday morning we were up and out early, with a quick stop in Skaneateles for coffee and baked goods.  It’s currently my favorite small town.  Perched at the north tip of Skaneateles Lake, this charming little city feels like everything I ever pictured New England to be: waterfront parks, old fashioned street lamps, charming buildings, bustling bakeries and coffee shops…  (Now I just need to make it to New England to see if I’m right!). 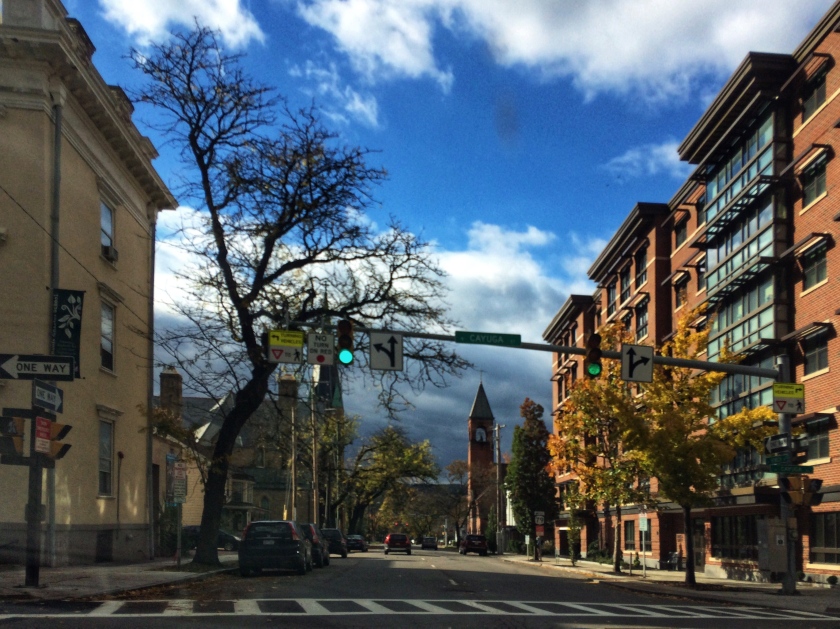 We spent Monday roaming around the numerous small towns of the Finger Lakes area.  The sun was out and the fog had lifted, resulting in a crisp, clear Fall day with brilliantly blue skies – perfect for a meandering drive.  Our afternoon destination was Ithaca and Cornell University’s sprawling campus, mainly because we had heard they were beautiful and neither of us had been.  It did not disappoint – the tree-dense campus crawls up the city hills, bestowing on the campus killer views and a surefire way to prevent the “freshman 15.”

While driving out of town we passed a sign for Buttermilk Falls.  Curious, we pulled into the parking lot and opened gawked at this monster, rushing waterfall. 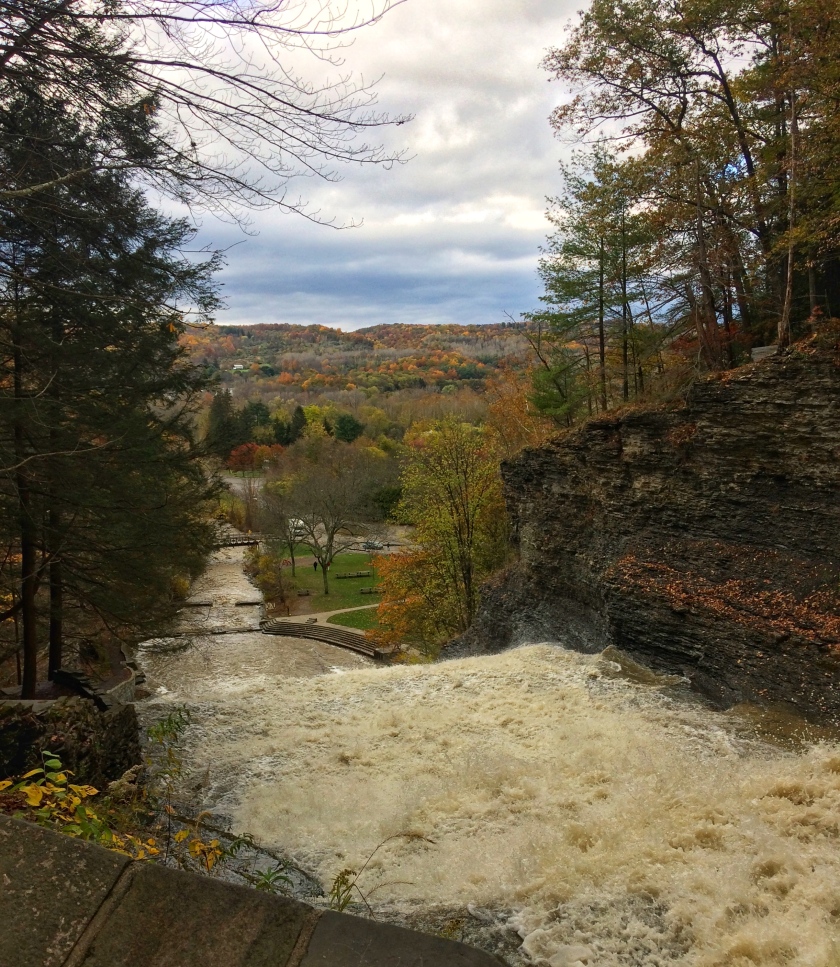 We climbed the well-marked paths and stairs up and around the falls.  It was an unexpected treat – not only to discover this place, but also to stretch our legs and work our lungs before jumping back in the car.

We finished our scenic route with the gorgeous Taughannock Falls, the tallest waterfall east of the Mississippi.

Time was up, though.  We snapped a few photos, jumped back in the car and headed back to Pittsburgh for our early Tuesday morning flight home.  These whirlwind road trips continue to be our favorite weekend activity, and this one in particular was one of the best!