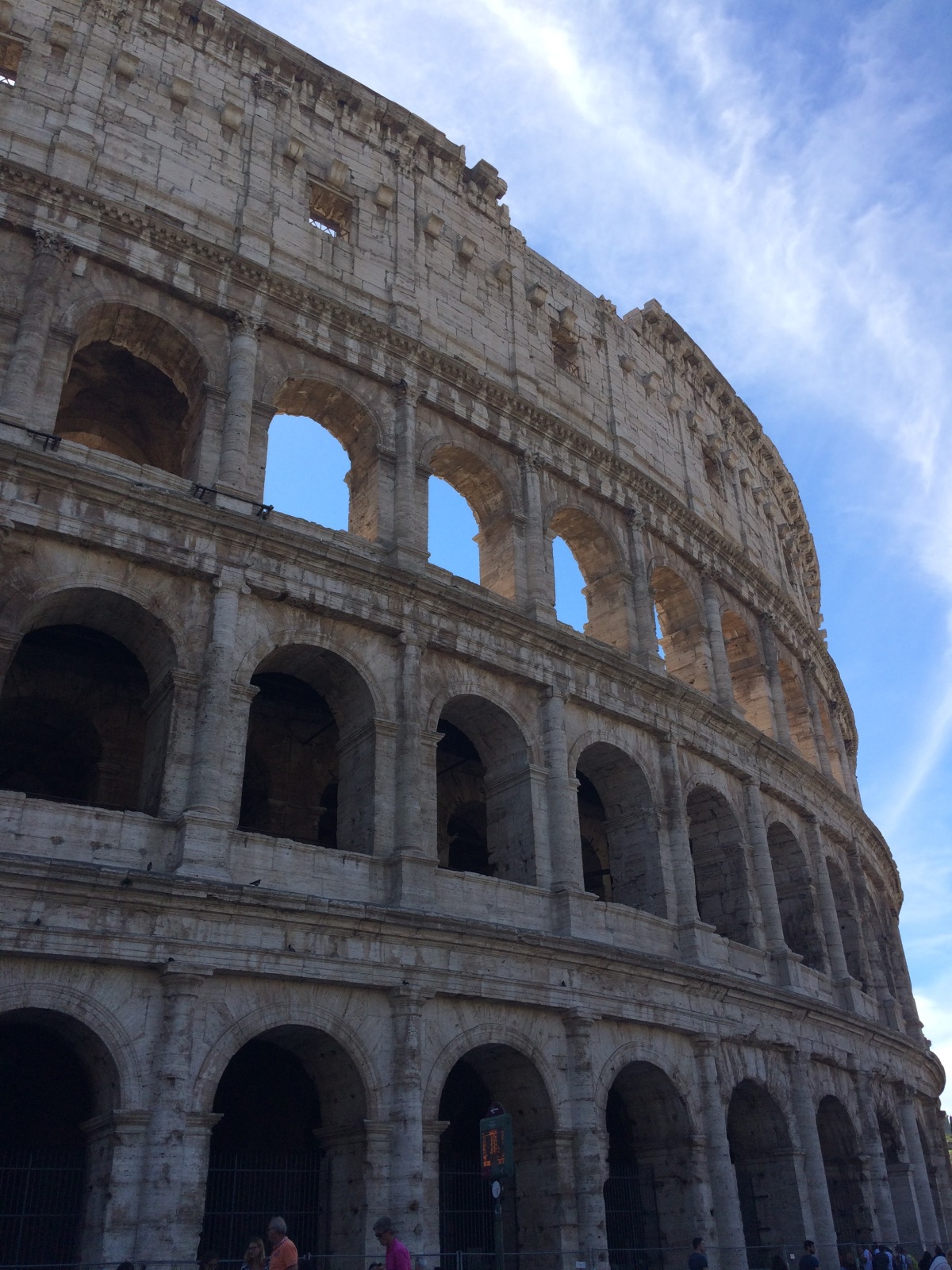 When you think of a perfect honeymoon location, what’s usually the top pick?  Italy!  And for very good reasons – the food, the scenery, the wine, the coffee, the rolling hills, the history…  You get the idea.  I haven’t been for years, and this would be Brendan’s first trip to pasta country, so we booked it. 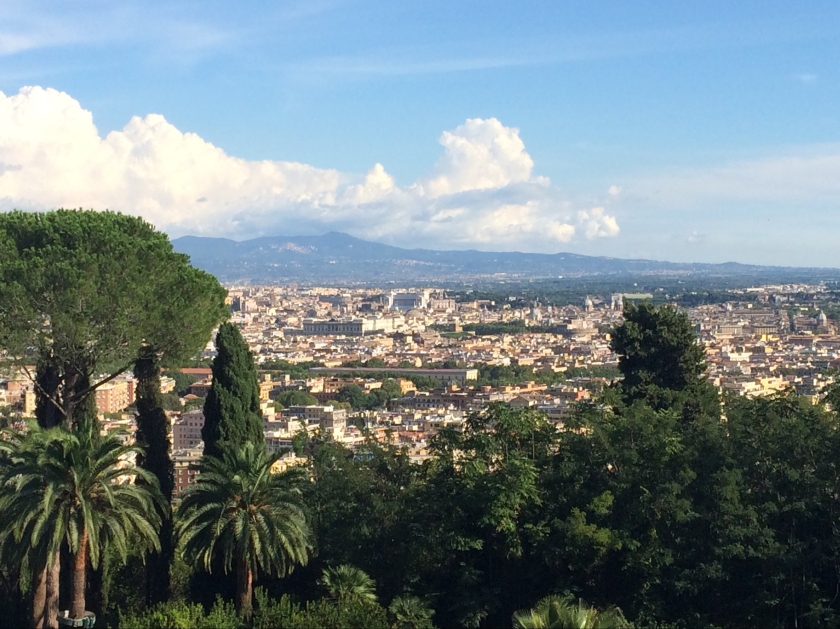 Since we were flying into Rome, we decided to devote a few days to the city before moving onto the less explored, less commercial central region of Abruzzo.

Brendan cashed in his hard-earned points and booked us a room at the Rome Cavalieri (Waldorf Astoria, Rome) (holy buckets), and we proceeded to hit up every major attraction – the Colosseum, Roman Forum, Trevi Fountain, Spanish Steps, Pantheon, and the Vatican just to name a few.  We also kicked off our daily lunch regimen of gelato and espresso. 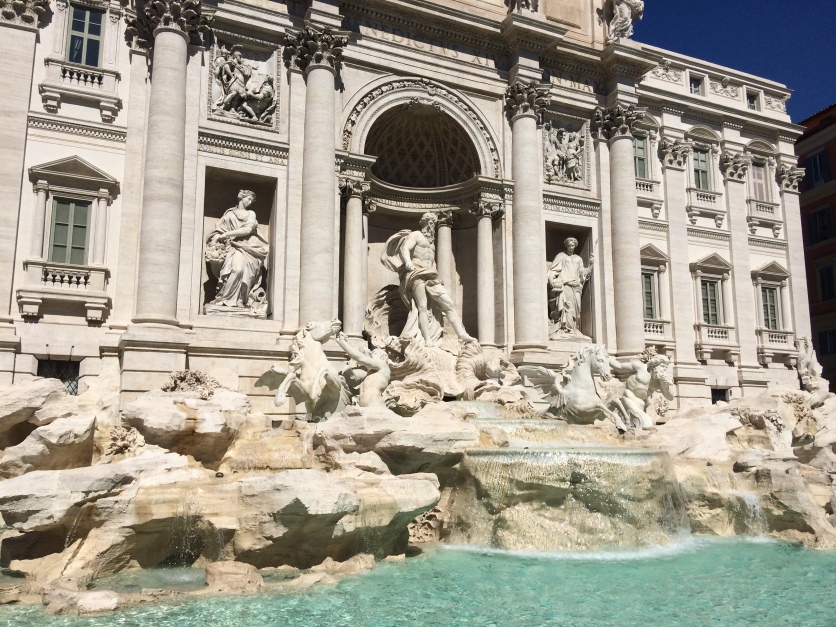 Trevi Fountain
Rome is very walkable, and we were able to visit all the above mentioned sites in less than two days.
On the third day we were off to Abruzzo and the real adventure of the trip.  We rented a car and took the scenic route from Rome to Calascio, one of a dozen Abruzzo area, 9th century stone villages clinging to mountaintops.  A friend of Brendan’s lives in Calascio and generously lent us his villa while we were in town – and stayed close enough to play tour guide through the region. 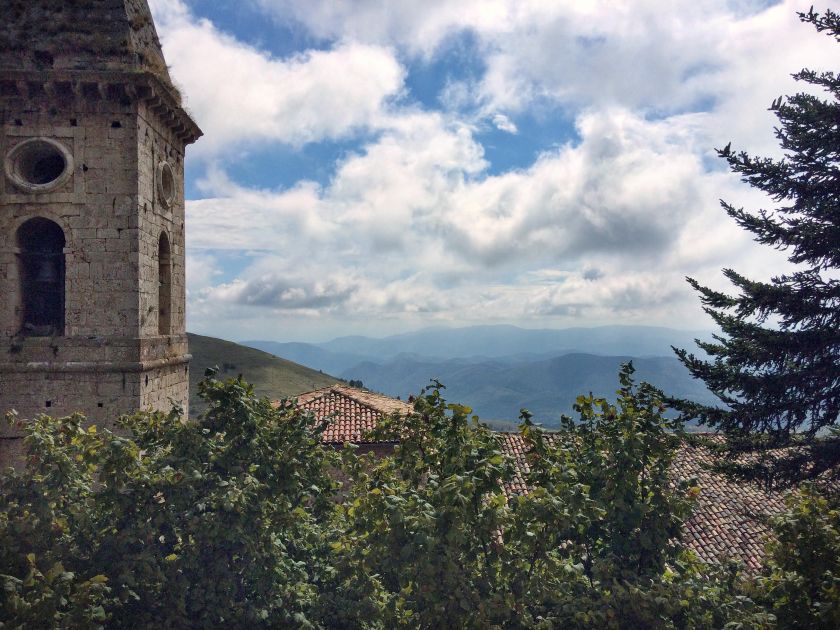 Calascio is most famous for Rocca Calascio, the highest fortress in the Apennine Mountains, looming above the village. 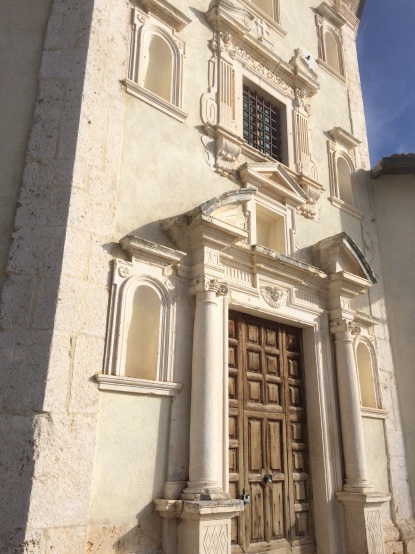 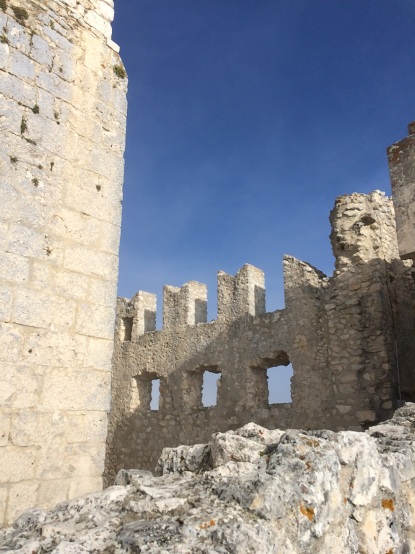 The original village at the foot of Rocca Calascio has been abandoned for hundreds of years.  But about two decades ago, a couple started buying up the property of the abandoned village and turned it into a bed and breakfast – Rifugio della Rocca – complete with a restaurant, cafe and a modest concert hall. 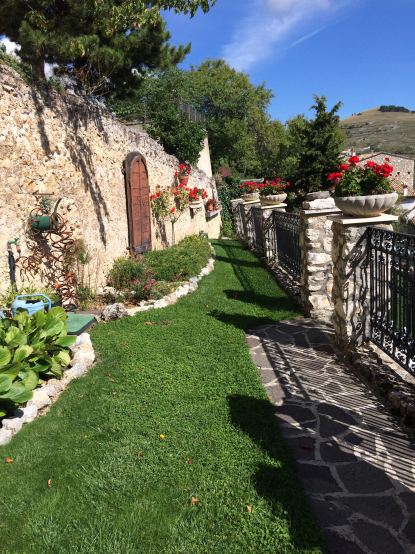 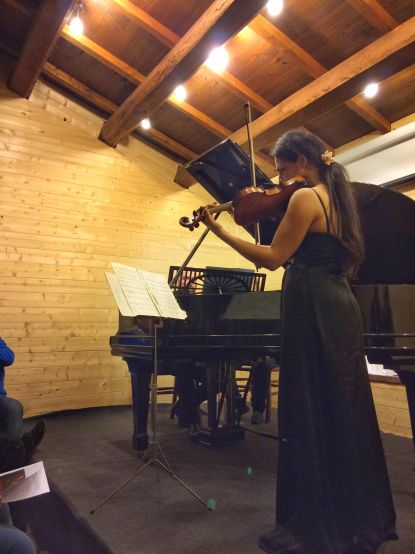 Violin concert at Rifugio della Rocca
We were lucky enough to attend a violin concert, followed by dinner across the street at the Rifugio della Rocca restaurant (highly recommend the baked mozzarella).
We also hit up most of the villages in the surrounding area, including beautiful Sulmona, for the most epic lunch I’ve ever had.  Thanks to Ginos, we pretty much spent the rest of the day in a food coma, though we did manage to stop for wine tasting on the way home. 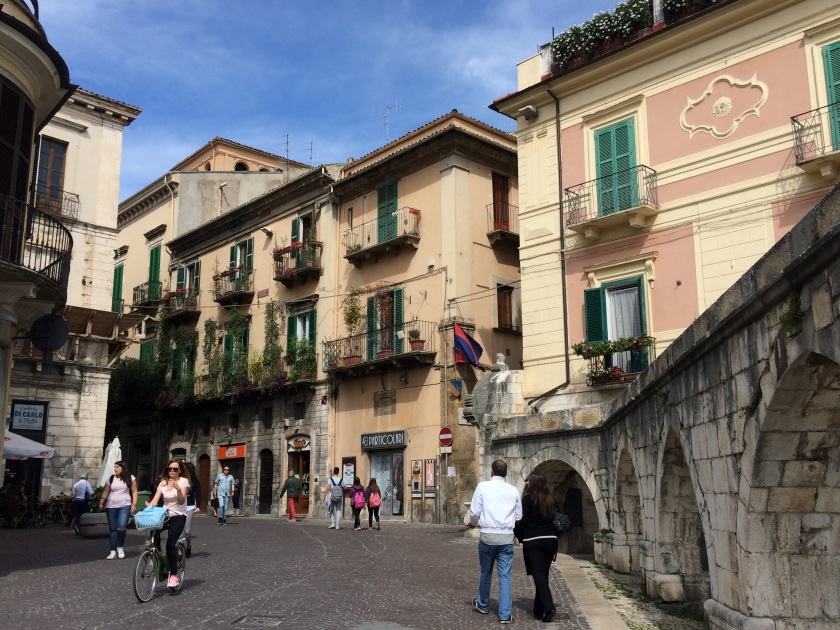 Valle Reale is a picturesque vineyard and winery northwest of Sulmona.  The lazy rolling hills, ruins surrounding the property, and rustic tasting room make it impossible not to fall in love with their wines (which also happen to be quite good). 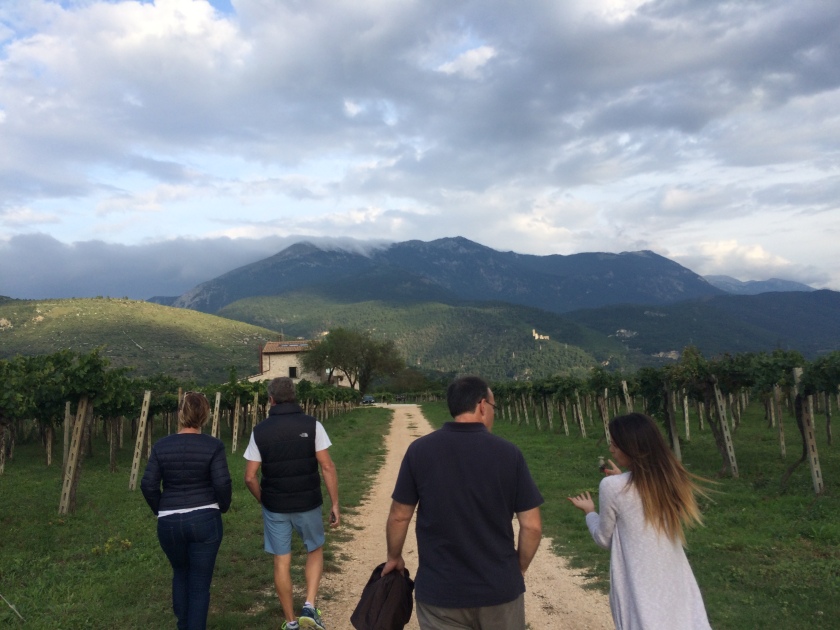 When we first decided to do Abruzzo instead of the more famous regions of Italy, I had no idea what to expect.  It turned out to be one of the best travel decisions we could have made.

I recommend this area to any and everyone planning an Italian vacation, and no one has been disappointed.  Its worth the food alone, although I’ve found this true for any region of Italy.  But sometimes the less known is the most fun – do yourself a favor and visit Abruzzo next time you find yourself in pasta country.