A few months ago I crashed a cooking lesson with my friend Lisa, who was out visiting Sarajevo during the early Autumn months.  While on a bus to Mostar, she overheard a couple people raving about a new cooking class in Sarajevo.  One of the owners, it turned out, was also a tour guide in Mostar, and he and his wife had decided to open their home for cooking lessons after repeated inquiries from tourists.
I had no idea what to expect, so I went open for whatever the day threw at me.  But as soon as we walked through the door – greeted by the cozy living room, incredible views of the valley, warm smiles and easy conversation – we both knew we had booked one of the best experiences in Sarajevo.
Both Mustafa and his talented wife, Mersiha, are quick to laugh, fluent in English, and completely in love their new business and the people it brings into their lives.  Lessons last four to six hours, and kick off with an amazing appetizer spread and followed by plenty of wine, homemade rakija and easy conversation.  Oh – and lots cooking!
We made piles of japrak (stuffed leaf wraps) and dolma (stuffed peppers and onions), and miles of Bosnian pie, including burek (beef) and krompirusha (potato).  They also offer vegetarian options, and would be happy to work with you in advance of class on special menu requests.
All fresh ingredients hail from Mustafa’s family farm, with homegrown organic produce and beef from the family cows.  Mersiha will proudly show off her stuffed freezer, packed to the gills with loads of colorful, whole produce just waiting to be shared and enjoyed with her students.
The couple lives up in the hills northwest of the embassy.  Mustafa will happily pick you up, or caravan with you up to their home, and secure a taxi for the return trip (roughly 8km to get back to downtown Sarajevo).  Lessons last four to six hours, and is hands down of the best ways to spend a day this winter – with delicious food, sharing stories and a lovely couple.  If you find yourself in BiH, this is a definite must-do!
Bosnian Cooking Lessons
bosniancookinglessons.com
info@bosniancookinglessons.com
+387 61-199920
+387 61-863314
Cost:  80KM / 120KM, depending on cooking package 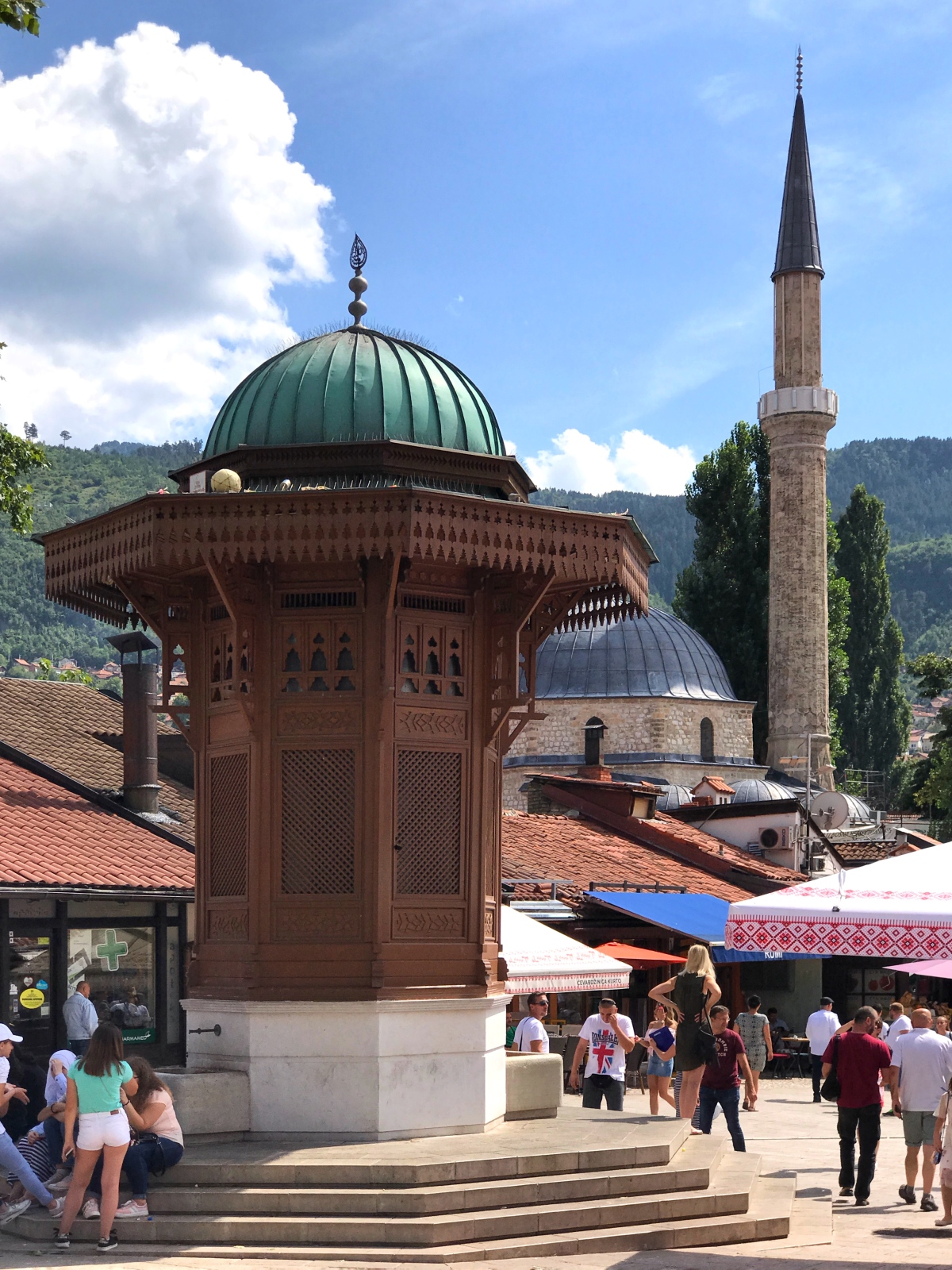 About five years ago I gave up going to movie theaters.  I finally conceded that they, along with any other dark venues featuring flashing lights, were a trigger for my migraines and it was time for a change.  But now we’re living in Sarajevo, which this August hosted the 23rd annual Sarajevo Film Festival.

Premiering in 1995 to a staggering 15,000 attendees (this was the middle of the Bosnian War and siege on Sarajevo, after all), Sarajevo hosts the largest film festival in Southeast Europe, and one of the largest in Europe as a whole.  It is also one of a handful of festivals that can nominate films for other European film festival awards.

Every available space was utilized – all theaters were booked for the week, and parks and parking lots were converted into massive outdoor movie theaters.  These I could actually attend, and all the better since they were hosting the top-billed films. 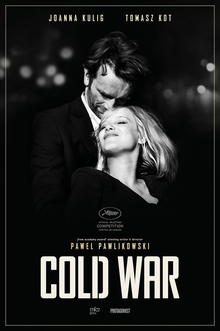 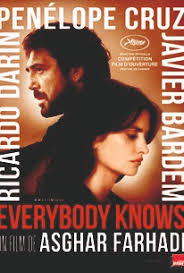 I missed out on the Shorts and documentaries, and many of the lesser known films by default of their venues, but we were able to attend opening night’s Cold War and Asghar Farhadi’s latest, Everybody Knows.

Sadly, my last film, Sink or Swim, was rained out and moved to an indoor theater, so we contented ourselves with an evening at a nearby wine bar instead.

Every year, thousands of people from all over the world descend on Sarajevo for the festival, and the city lights up (literally) with thousands of vintage light bulb strands, fireworks, high heels and red-carpet galas, pop-up bars and dance clubs, and impromptu concerts filling parks and common areas.

It’s as if the whole summer has been building towards this event, and Sarajevo shines.

With the exception of the festival’s last night, the weather was perfect.  This summer was an unusual one – starting in April, it thunder-stormed and rained almost every day and temperatures rarely reached the 80s.  Typical Sarajevo summers are hot and dry, a climate that didn’t manifest here until early September.

But that week, the week of the festival, it was amazing.  Sunshine all day, clear nights and warm temperatures.

The city center is divided, almost in half, between the elaborate, tall, decorative buildings of the Austro-Hungarian Old Town and the low, tiled-roof structures of the old Ottoman Baščaršija.  Sarajevo’s skyline and aesthetics reflect the cultural diversity and historical intrigue that has followed the city for centuries.

The streets of both neighborhoods pulsed with locals and tourists, all licking gelato cones, catching up with old friends over kafa, and cheering on street performers.

It proved the perfect time to re-explore our city.

And I can’t wait to do it all again next year! 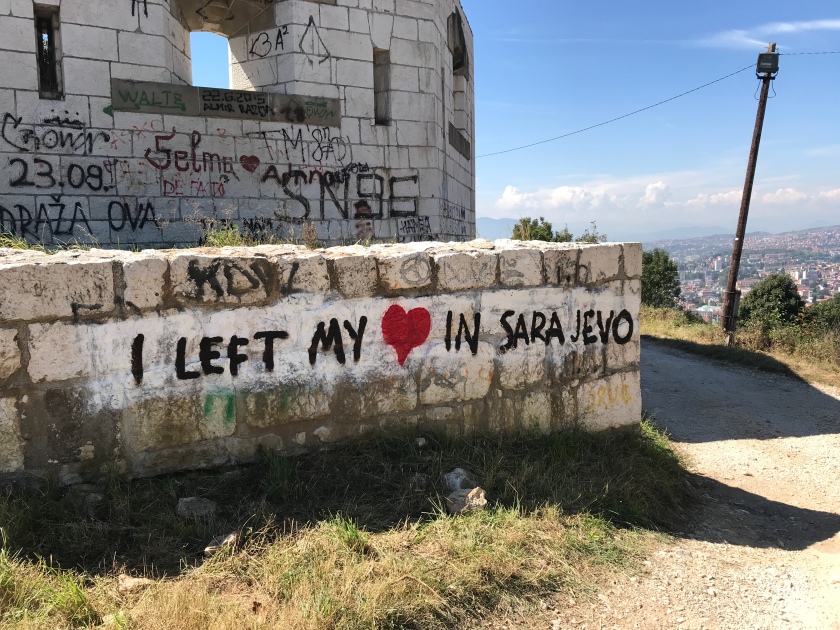 Sarajevo is freaking gorgeous.  Situated in a small valley in central Bosnia and Herzegovina (BiH), orange tiled roofs and conifers of every variety descend from the tops of evergreen-covered hills down towards the sparkling Miljacka River, weaving its way through the valley floor.  Buildings encompass a mix of elaborate Austro-Hungarian facades and simple Ottoman architecture.  Cathedral steeples and mosque domes and minarets puncture the skyline, and days are passed by ringing church bells, the call to prayer, and sometimes both at the same time. 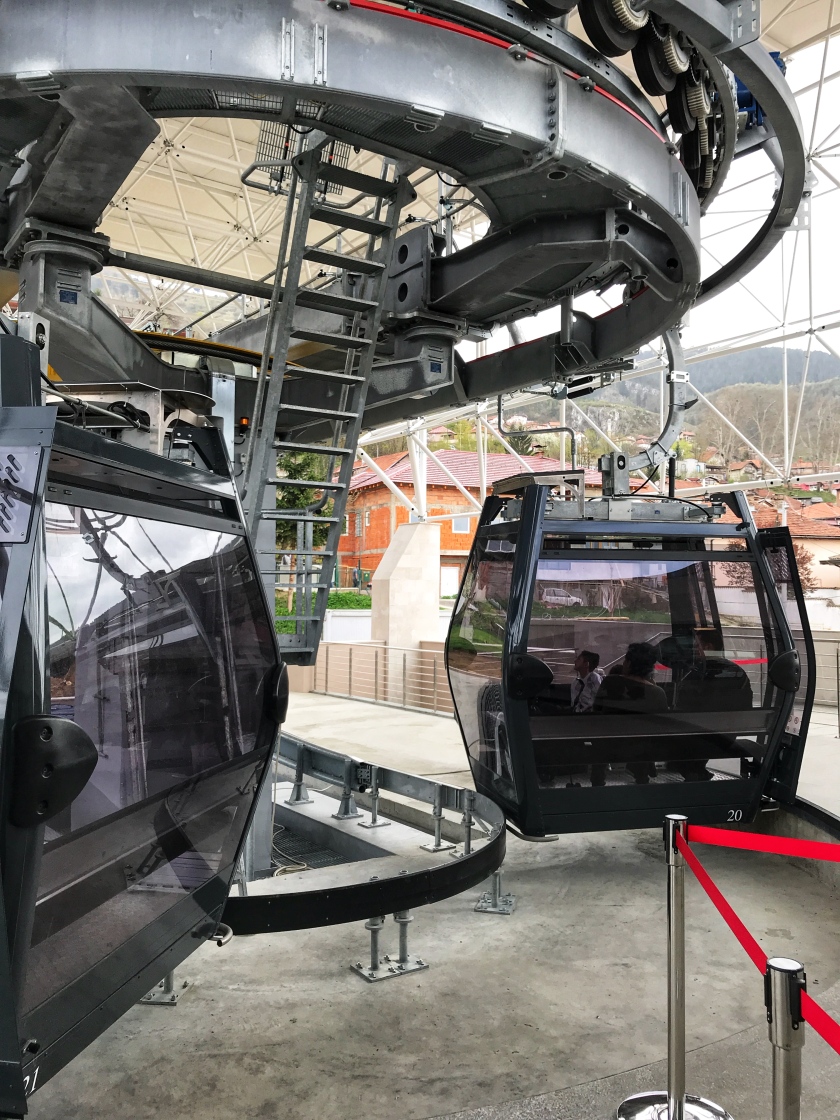 And all of this can be enjoyed from two hillside forts, dozens of cafes and restaurants, and even random back alleyways snaking up through Sarajevo’s vertical neighborhoods.  My husband and I moved here in the dead of winter at the very end of 2017, and even cold and snow failed to deter us hiking to these vantage points.  But now Spring has come, and in every direction Sarajevo is in full bloom.  And the timing couldn’t be better for the magnificent vantage point provided by Sarajevo’s newly reopened cable car provides the best views of the city (and surrounding area) yet.

Coinciding with Sarajevo Day on April 6, 2018, and almost 30 years since its destruction during the last war, the famed Sarajevo gondola began again, hauling visitors up two kilometers from Sarajevo’s Old Town station to a plateau on Mount Trebević.

As it climbs, panoramic views of the sprawling city give way to rolling green hills and sheer cliffs before reaching the top, where riders are deposited into crisp, clean mountain air, laced with the scents of pine and dirt and the promise of rain.  I took the trip up twice in three days. 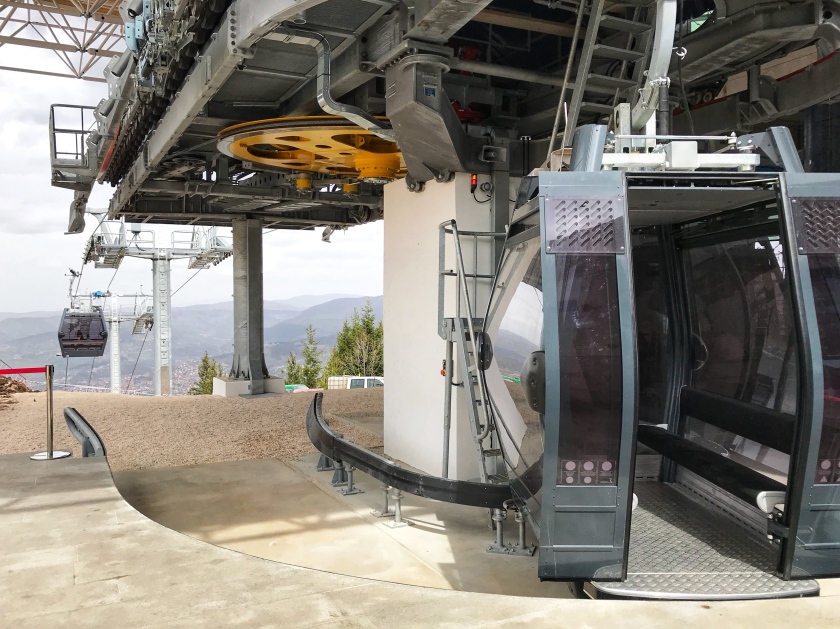 There is not much at the top of the hill, though a café is expected to be completed by summer.  For those wishing to stretch their legs, however, hiking trails and walking paths descend from the top platform, leading pedestrians to picnic areas, graffitied Olympic bobsled track ruins, multiple valley and mountain view points and newly rebuilt hotels and restaurants.

Originally opened in 1959, Sarajevo’s cable cars ferried people out of city hustle, bustle and smog up the hillside for fresh-aired picnics and hiking, rightly bestowing the looming Mount Trebević with nickname “The Lungs of Sarajevo.” During the 1984 Winter Olympic Games the gondola served as transport for bobsled event spectators.  It was the pride of Sarajevo, if not the entirety of BiH; a feature locals felt put the city on par with the great capitals of Europe. 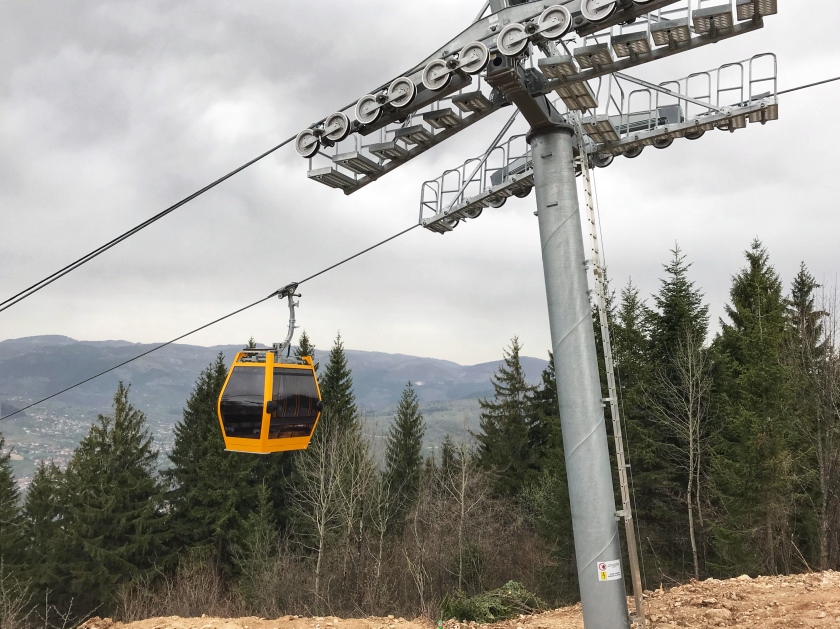 Unfortunately, the cable car, and eventually the rest of mountain’s hotels, restaurants and sports facilities, were destroyed in the early 1990’s during the four-year siege on the city.  The mountain languished for over twenty years, and the area gave way initially to terrorizing sniper perches, then to abandonment and neglect, and eventually to bandits and thieves.  But no longer – today the cable car is a hopeful symbol of peace and reconciliation.

“We are reconstructing the last destroyed symbol of Sarajevo. We are building and talking about emotions here; we are taking down the invisible border here and working jointly on building Bosnia and Herzegovina and on reconciliation of peoples,” Sarajevo major, Abdulah Skaka, reportedly told a packed platform on opening day.

A majority of the rebuilding fund came via donation, the largest of which was made by married nuclear physicists Edmond Offerman and Maja Serdarević, who managed one ride up the gondola before the war and have worked tirelessly on its restoration ever since.

The reopening has been emotional, especially for those who remember spending weekends enjoying the mountain in the decades before the war.  Everyone I chat with is excited to take advantage of their restored access to the mountains.